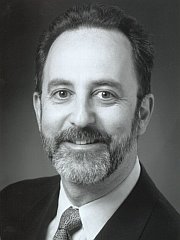 Dr. David Rootman got his MD at the University of Toronto. After completion of his residency here, he did a two-year fellowship in Cornea and Refractive Surgery at the Louisiana State University under the direction of Drs. Kaufman and MacDonald. Since returning to Toronto in 1988, he has been on staff at the Toronto General/Western Hospital and the Hospital for Sick Children. He has held numerous leadership roles at the Department of Ophthalmology & Vision Science, such as Scientific Director of the Eye Bank, Co-Medical Director of the Eye Bank, Residency Research and Research Day Co-ordinator. He was promoted to full Professor in 2012. He has also served as Research Director and Clinical Director for the Cornea Service of the University Health Network.

Dr. Rootman has innovated in the area of refractive surgery and is seen as a leader in this field with a robust teaching and research profile. He has embraced the new and exciting areas of Lamellar Corneal transplantation. He has lectured and published extensively, with over 100 papers in peer-reviewed journals.

His commitment to resident and fellow teaching is widely acknowledged. He has helped train fellows from 10 countries. During his sabbatical year, 2012, he travelled the world and lectured and operated. He brings his experience back to enrich the program here at the Department of Ophthalmology and Vision Sciences.