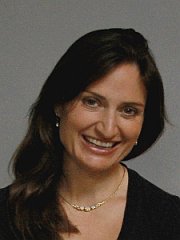 In 2001 Dr. Tucker moved to Chicago with her husband where she built a successful private practice in oculoplastics, and was recruited by the University of Chicago as its chief of Oculoplastics Service.  She also served as official oculoplastic surgeon for the Chicago Blackhawks, and as the official ophthalmologist for the US Open at Olympia Fields Golf course. In 2005, she moved to Toronto and joined Dr. Jeff Hurwitz in oculoplastics in the Department of Ophthalmology & Vision Sciences at the University of Toronto. She was again recognized for her skill in surgical teaching by being awarded the Resident Teaching Award in 2010.

Dr. Tucker has published numerous articles, written several book chapters, given numerous presentations and lectures both nationally and internationally, and has been involved in teaching courses at the American Academy of Ophthalmology over the past 10 years. Her current research interests are in the areas of endonasal DCR, and fat re-injection in blepharoplasty surgery.

For details on Dr. Nancy Tucker, please refer to her Faculty Members page.